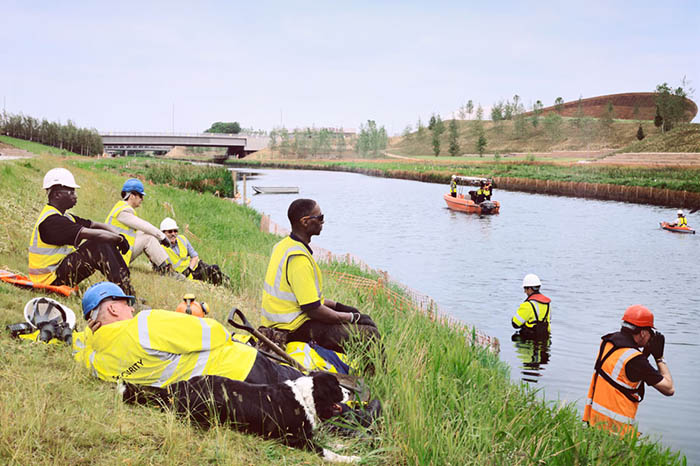 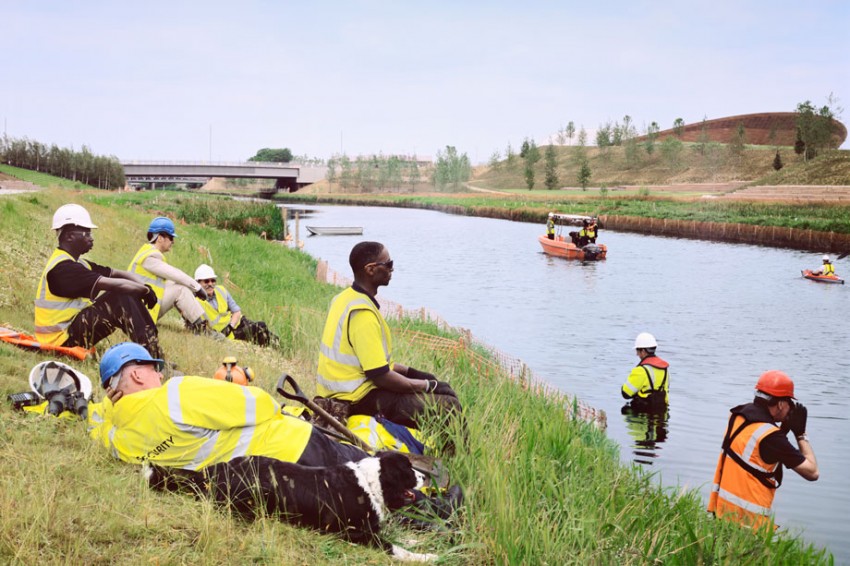 “In his iconic image, Seurat showed how the modern industrial landscape was coming to shape our lives some 130 years ago. Neville Gabie reinterprets Seurat for a post-industrial age. He shows us beauty and natural harmony in what might have seemed the most unlikely place.”

Based on the Bathers at Asnières by Seurat, Neville Gabie has created a photograph evoking the spirit of the painting. The characters inhabiting the image are taken from the teams of specialist landscape gardeners, security staff, engineers and designers working on the Olympic Park and reflect the range of tasks, diversity and skills of the people who currently occupy the site.

There is an obvious and surprising physical connection between the two landscapes, but the concept for the work explores the more striking similarities between the social and political contexts of the two. When Seurat painted the Bathers at Asnières in 1883-4 it was seen as a radical image, based as it was on working class people in an urban park, in an industrial landscape. Seurat was one of the first artists to celebrate the ordinary working man in the places they inhabited.

In the distance factories and chimneys are the backdrop for Seurat’s painting. The Olympic Park, built in a post-industrial urban landscape will be the first new public park to be created in the UK for perhaps 150 years; regeneration built around sport and leisure with the Velodrome as the backdrop to the photograph.

The first public parks in working class urban environments were built in the 1850’s in the UK (Salford, Birkenhead and Derby) just 30 years before Seurat painted the Bathers at Asnières.

Taking the photograph on an extremely busy building site required careful choreography to get everyone at the location and in their right positions for that split-second of a camera click. It is a frozen moment in time 12.50pm, 2nd June 2011. See blog entry for more details.

This photograph, its associated videos and the Metro newspaper feature on Thursday 25 January are a way of revealing the stories of some of the many people that have built and maintain the Olympic park. 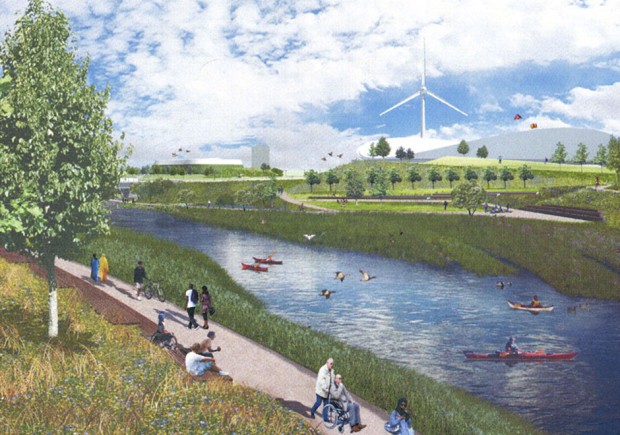