I had no idea that what seemed like such a simple idea would prove to be so complex – in fact a logistical nightmare! Just getting the equipment and kayak onto the park through security and getting everyone from their various sites to the one location was more stressful than I thought possible.

David Lucas was fantastic though. Without his help in co-ordinating everyone, briefing them on the hazards and supporting us during the shoot it would never have happened.

To get everyone, including the boats on the water in exactly the right position for the one single moment of the photograph took an age. When Steve’s Dog Buddy was still, then the boats were drifting off course, or a digger would appear on the opposite bank.

Everyone in the photo were fantastic and patient – but so pleased its over. 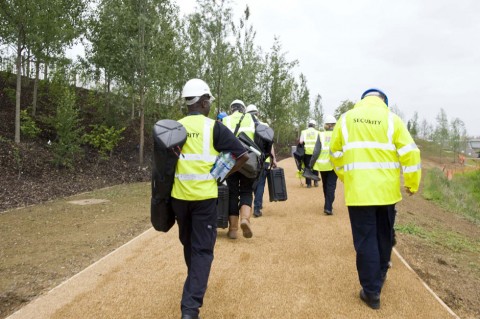 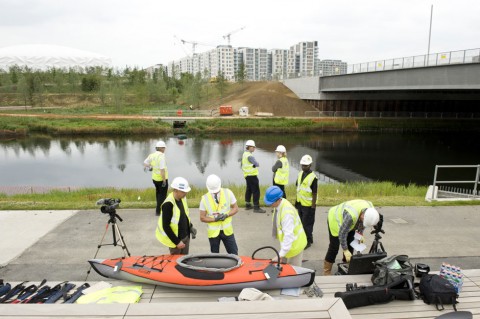 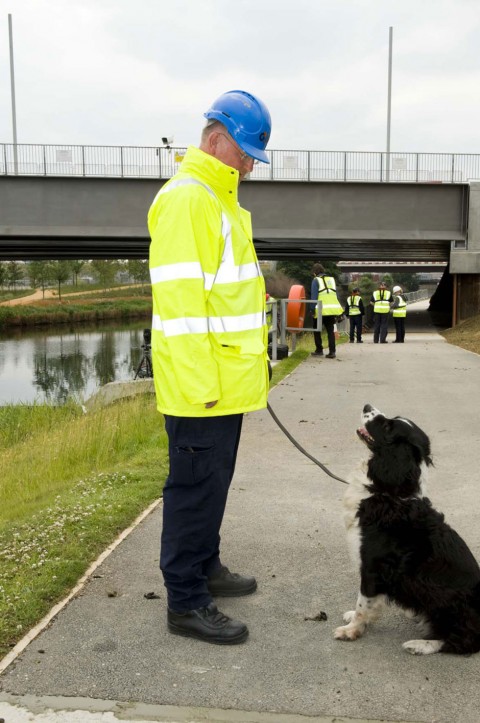 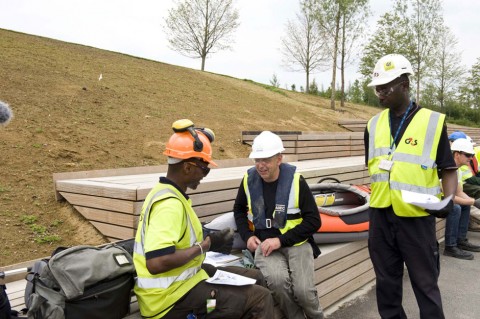 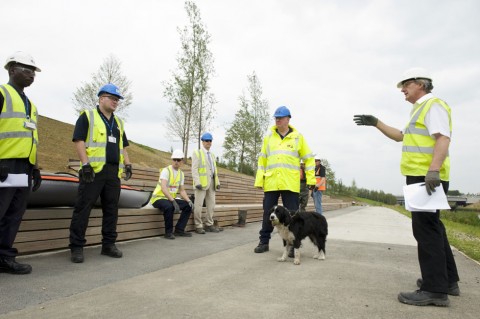 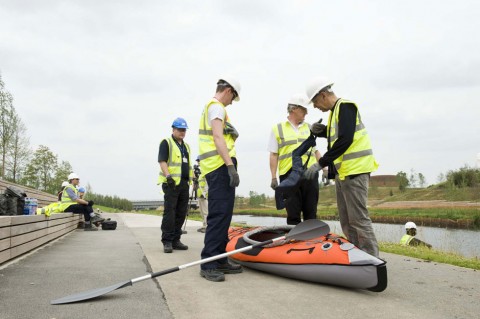 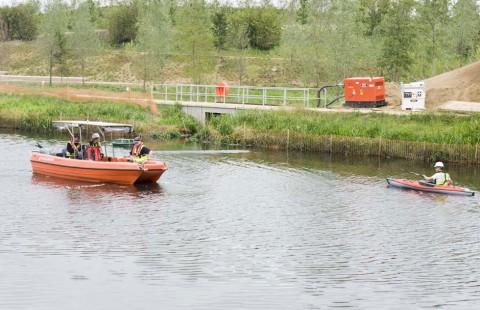 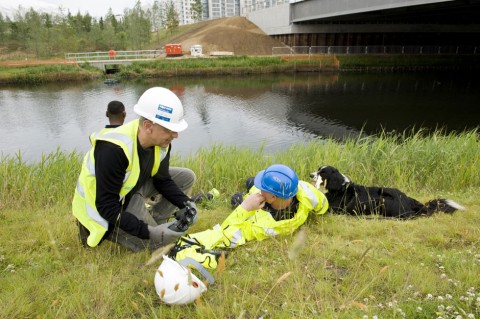 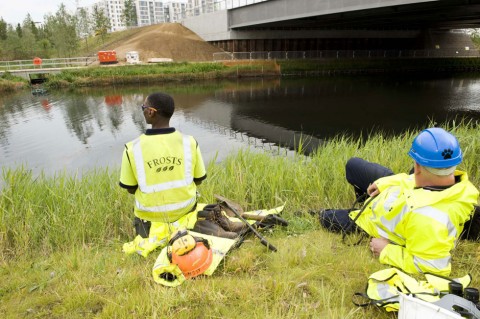 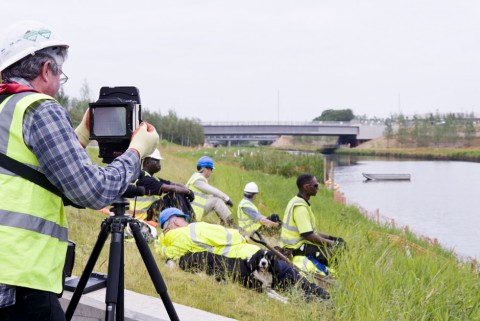 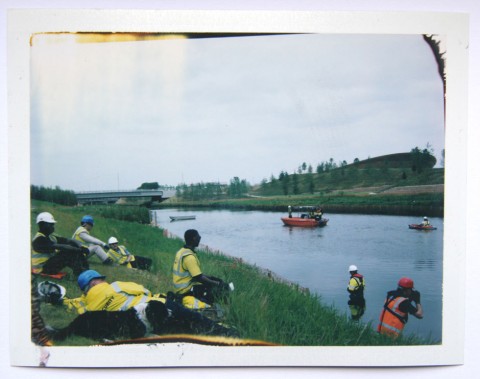