Its difficult to get to, unglamorous and the screening of the film was in a disused Squash Court, but this was the perfect place to begin showing the film to the public. You could not find a greater contrast between the 300 million pound Aquatics Centre at the Olympic Park and the reality of sports… Read more »

I had to go to the Viewtube today for an interview and once again I was struck by the huge number of visitors come to look at the Olympic Park. I still cannot really understand the overwhelming interest that brings something like 100,000 visitors a month to look over a fence at the Park. Still… Read more » 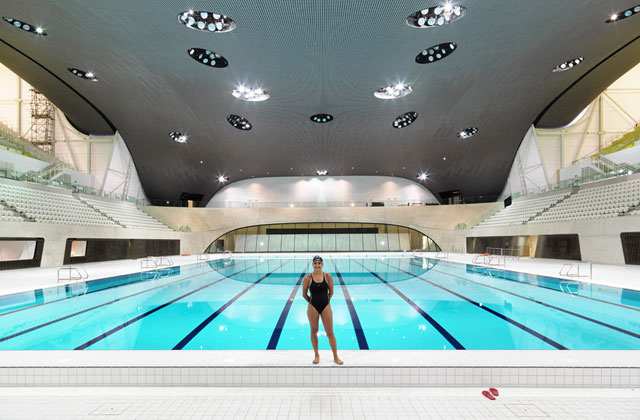 Catch a sneak preview of this promo for the Twelve Seventy film before the official screenings. Twelve Seventy produced and directed by Neville Gabie and Dan Farberoff. Neville Gabie Artist in Residence on the Olympic Park during 2011 will present his film TwelveSeventy over three nights Newham Leisure Centre, 7th, 8th and 9th March, 6.30pm… Read more »

Based on Husain Bolt’s world record for the 100 metres, 9.58 seconds, Neville Gabie has made a short film using 239 individual photographs of site staff involved in building the Olympic Stadium.

Between May and September 2011 Neville Gabie spent 69 hours attempting to sit in all 69,000 seats then fitted in the Olympic Stadium. Whilst he only managed to sit in about 40,000, the work was really an attempt to make sense of the scale of the building through one simple action. ‘To be in the… Read more »

As part of the ‘Sparked’ series of exhibitions at the Viewtube and to show alongside my own exhibition there, Emma did an interview with me in my studio. The resulting four minute film is an edited version of that interview with Emma’s own beautifully shot views of the Olympic Park Site. Film by Emma Crouch… Read more »

Last year Nick Aldridge who produces Tateshots asked me if I would do a short interview with Pat Nevin and chat about POSTS. My ongoing photographic project documenting found goalposts around the world, a small part of which is in the Tate Gallery’s collection. To meet Pat, a football player from the 1980s whose skills… Read more »